Use this forum to show off any audio delights you've created with Mixcraft!

I've got two new songs to show you.
Sorry, German vocals only, but maybe there are some German speaking people around here, too.

I used Mixcraft for recording and mixing, playing an an M-Audio Code 49 MIDI keyboard.
Music, lyrics and vocals are all done by me. Female support vocals in "ZeitGeist" are done by my girlfriend. 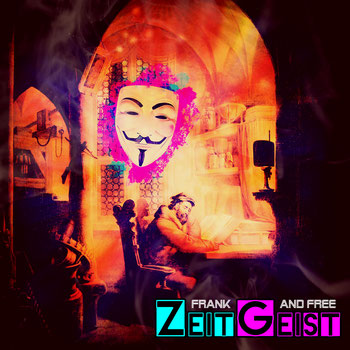 FRANK AND FREE - ZeitGeist:
A song using lyrics based on the famous German poet Goethe's play "Faust". I did an animated music video with cartoon characters for that (loosely resembling me and my girlfriend

). The song uses Acoustica's free Nightlife synth a lot. Thanks for that one.
https://soundcloud.com/frank-bruns/zeitgeist (SoundCloud)
https://www.youtube.com/watch?v=2M4cds8Xd98 (Cartoon video on YouTube) 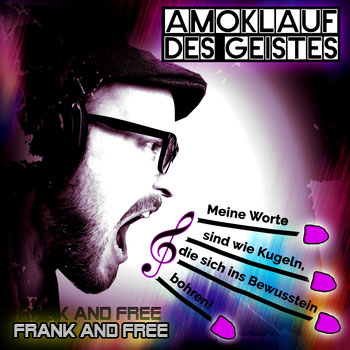 FRANK AND FREE - Amoklauf des Geistes:
With this song I tried to make a somewhat powerful and threatening feeling slow rap-kinda song. I think the vocal chorus is representing that very well. During the into I used a sample from a scene of the movie "Cyrano de Bergerac" (1990).
https://soundcloud.com/frank-bruns/amoklauf-des-geistes (SoundCloud)
https://www.youtube.com/watch?v=m6vTTAMne4I (Lyrics video on YouTube)

I would love to get some feedback, especially concerning the mix, since that is what I would like to improve on in the future songs.

Hello. Thank you. Lot's of originality and talent are apparent!

Thank you very much!