When I watch shows like the Voice most of the songs that wow people are songs older than the contestants singing them. It's depressing. Young people are capable of writing good songs and they are hearing good songs from the past.

I think if a hear another fake snare and kick drum I'll puke. And it is the same fake kick and snare.

When was the last time you heard a new song in a time signature other than 4/4?

Does anyone other than Kanye West think he's a genius?
Top

I think it was Keith Richards who said “Kanye West, never heard of her”, lol.

TheHound wrote:Does anyone other than Kanye West think he's a genius?

Sure, I think I'm a genius!
Top

There are plenty of good songs being made, you just might not hear it in pop music.

I have observed that the majority listens to whatever mindless babble the marketing types feed them, while the discerning few are more likely to seek the alternative, indie, or perhaps, "roll their own" or stick to some favorite classics, etc.
I frequently marvel at the crap people listen to, concluding they just dont really care.
So if you are listening to the mainstream and complaining about it.... I would wonder why? As Greg alludes to, perhaps your looking in the wrong place.

The real question is, what audience do you create for? Do they care or just play "whatever"?
I'd suggest the odds are you care more than they do....
Stay in tune, Mark 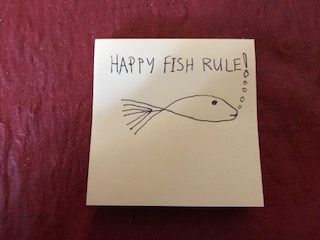 Its usually a real challenge to qualify for dumb post of the week this early....
But I think we have a strong contender.

Lets see:
Not funny.
Not witty.
Not smart.
Doesnt remotely add to the conversation.....

Yep. Gets my vote!

Hmm, 52559 hours… Must be my sister from another mother? The song isn't dead, but the music industry and distribution has dramatically changed.

Mark, I thought what Keith Richards said was funny... However if it offended you, I truly apologize.
- Joe -

Nope, not at all.
Personally I did find that funny. KW is symbolic of the worst kinds of celebrity persona IMO and probably deserves all the jokes people could pile on him.
I dont know him, and probably shouldnt judge him personally, but yet despise the entire part of the population his character represents. Musical genius? I dont think so, but some apparently do. He apparently does. So that part?
Funny! And on topic.
And Keith Richards response is classic Keith Richards. And real.
Funny! And on topic.

On the other hand, the "South Park humor"? Not so much. Based on what little bits of it I have seen, this is typical. Immature at best and not funny. Off color and here, off topic.
Lets put it this way. Disparaging an entire group of the population at KW's expense crosses a line.
People I know and care very much about could be fish. Or possibly gay. Why is it even a little funny to slight them when mocking an apparent idiot like KW?
To me, it is not. Some people need to "wake up" and grow up, and I believe some people need to point it out when is occurs.
Just an opinion of a cranky old fart. Take it for what it is.

I don’t relate to South Park either and I agree, however my kids watch it so I don’t think any harm was intended, just a younger generation of humor.

I think there is a lot of great music that people are making, maybe more than ever. And that may be exactly why it seems like it's hard to find. There is sooo much music, and just everything in general now, that we have access to. The problem is not whether it exists or not, the problem is whether we can find or discover it. That's why I really rely on friends to turn me on to things that they've heard, or find things in discussions like this one. Or, find a good internet radio station that plays stuff off of the beaten path. There's so much out there, and so little time...
Stay hungry. Stay foolish. -Steve Jobs
Top
Post Reply
14 posts • Page 1 of 1