Admittedly I haven't used many MIDI files until recently. I want to know what if anything, I can do with those 'notes' that resolve into muted, plinky, tones as in this audio piece I'm working on now.

It's not a MC issue. It is apparent in the Musescore score playback (I downloaded the file from Musescore's website) and in both the MC and Pianissimo playback.

To try and fix it I used Midi-Editing in MC and forced all the velocities to 90% and then 'Humanized' them again.

I opened it in Pianissimo and finally rendered it to an MP3 file. Here's the result.

Does anyone else experience this? -What to do? h

What's the filename you downloaded?
Is it a midi file?
I could try it in another program and see what happens, Pianissimo is clearly taking plinky playback instruction from the file so the plinky notes could be written staccato or have an articulation attached and a different program may interpret differently.
Top

Seeing the .mid file would give us clues. There's probably some CC messages embedded in there. Yeah. I believe that's it. There was a "Number 10" CC and deleting that changed things to positive. Thanks.

I also didn't think of articulations in the original music but looked on the score and saw none.

When you import .mid files form other sources, there are often all sorts of kooky CC messages in there, so it's always good to take a look at the CC messages and find out what you're working with.

I downloaded the file and opened it in Sibelius First 7. I then edited some notes that were 1/64 but also had a staccato articulation attached too, these turned out to be the plinky ones so I changed these to the longest note that would fit the measure and removed the staccato dot.
See what you think, I messed about with the Acoustica instruments as its a 5 track file and used harpsichord, bells, french horns and trumpet and Piano it was beginning to change dramatically from a 5 track piano. However I returned it to the Piano version and saved it as a MX file.

Yes Mick. I interpreted further your thoughts and discovered what was taking place on some of those OTHER notes besides those 64ths you found. I can't even take a guess at how small they'd be but I found some and they were also acting puny If it weren't for the velocity bar I'd probably never be able to zero in on them. 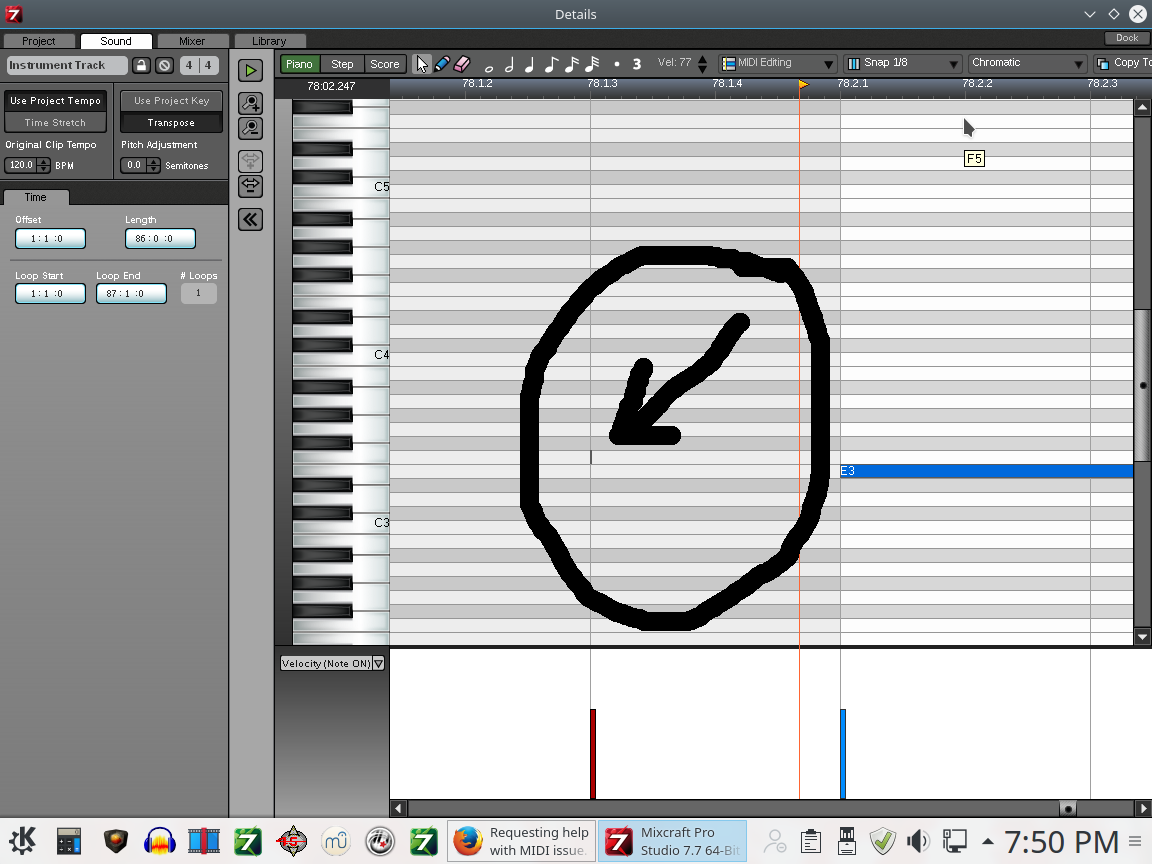 I'm not going to post in the User Showcase because there wasn't much to do beyond the detective work throughout the midi file.

I'm calling this good though... well, good enough for me anyway. It's just the Acoustica Bright Piano on the upper 'keys' and the Standard Acoustic Piano on the lower. The other remix was rendered with Pianissimo but without the timing changes.

I too don't have much experience with this MIDI stuff, but I have tried what you are doing here, and found that the best files needed a lot of work to fix up, and the worst.... Well lets say a lot are unusable!
But one can find something close enough sometimes to use as a "shell" and strip out the problems, swap in better instruments and begin editing at a point that saves a lot of time from starting from scratch!

I found that some of the better files I found, once stripped of the odd problems and once instruments that sound better are substituted, the next step is fine editing of errant notes, timing, note lengths, etc. Then fixing the thing so it has some dynamic movement. They tend to be flat line dead in my experience......
Stay in tune, Mark