Mixcraft is absolutely full off goodies! One of them is the Voxgeno FFT spectrum analyzer. I recently used it to map a B3 patch I liked on my Roland XP-80, to VB3's VST in Mixcraft . I attached a photo. (VB3 on left, XP-80 on right)

Mixcraft setup:
1. The XP-80's analog and midi out's (thru a UMC1820) were routed to Mixcraft.
2. The XP-80 analog out was routed to an analog channel, and it's MIDI out routed to 3 digital channels for the VB3 VST's.
3. Three versions of VB3 (VST's) were selected on the 3 digital channels. Any VB3 version will work, including the one that comes with Mixcraft. But for this effort I used VB3 v 1.4.
4. I selected the Voxgeno fx on all channels, however I displayed (show) only the VB3_x64's and XP-80's Voxgeno windows for this effort,
and placed them side by side on the screen.

Thats is. This works really well! It doesn't have to be perfect, just close. (You can adjust the FFT for narrower bands)
As far as VB3 versions goes, my favorite is VB3 v1.4 for it's organ and leslie sound and ease of use. However, it's no longer supported. VB3-II is the current version supported. It's a monster, a serious upgrade! But with so many things to tweak, it'll keep you busy! 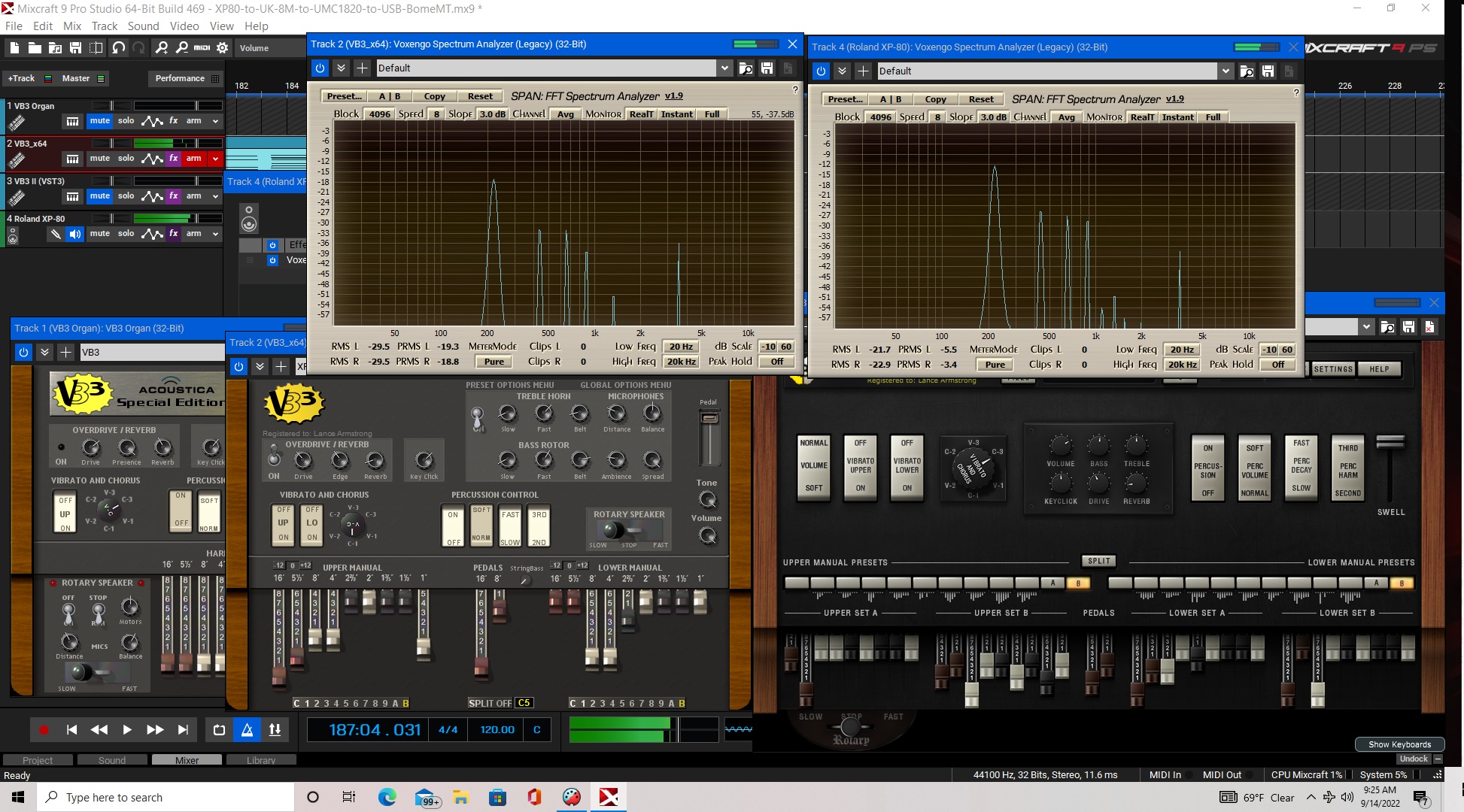 Return to “Tips and Tricks”