This might help with what Mick was looking for as well.
Top

Where is best to get news on Mixcraft 8? Is it here? Hows it going with Mixcraft 8?

I know at least one of these have been said at the start of this thread. I've not read the rest so consider these back up for people who've already said these things. I'm with you guys!

Edit: I didn't mean for this to turn into a novel but I've learned this evening that I care ladies and gentleman. I care. You guys have done so much that I don't doubt you've thought about all this and are maybe already working on it/decided they were terrible ideas.

1. Ability to 'send' Output tracks that are on a VST.

2. Ability to save the notes you selected in the midi sequencer for say, a VST drumkit.

3. The side chain plugin interface is really, not with the industry standard I guess. It's cool but I wish it was just faders or knobs rather than this circle. Industry standard naming conventions too. Attack, release, ratio, Threshold. I'm far from an expert but anyone agree with me on this? It's just that I use it a lot..and its annoying me ^^. Not a top priority however of course! Still works great.

4. I am tempted to say that I think it would be useful to be able to store midi data within the session, or even just have a standalone piece of software for it. Greg! I emailed you about this ages ago. It's how I started using Mixcraft. I was like, wheres Beatcraft updates? And you said its all about Mixcraft 8 now.

See, I'm now torn. I really like the fact that I don't have all this file clutter in the workspace, and for tracking instruments its greaaaatt. But! I loved the list of midi files you could create in beatcraft. I made songs by doing this:

So I had the whole song just in a list If I wanted to edit a particular bit, I just clicked it from the list and changed it in a second! Now I would have to scroll, find the right time, be cautious about moving things cos if I lose it its gone, and a bunch of other dramas. (That was all really)

Right now its fine but the workflow in Beatcraft was better! I guess because that was its soul purpose.

Back to the lack of clutter. The lack there of. I get that this is intentional, and it's awesome.

Instead of having midi files just, store in a list as soon as they're created like other DAWS, maybe you could make it so that the user has to do this themselves.

Then by magic! (I'm not a programmer) you can right click midi files and save them in that collection.

Not sure if a docked window would work but I'm sure having a pop up window wouldn't be too bad. Only needs to be on the screen when you're using it, and then you know, you're looking at it. (I preach about the windows 10 start screen in this same way) Would have to be a button in the tool bar though. Maybe a nice keyboard shortcut.

For me its like using markers. But way less 'scrollie'. Lets say that, if you select one of the midi files in this collection in this pop up window and it selects all instances of this midi file in the session. That way I can scroll out, select midi file with great user created naming convention from the list, and see where it is in the session.

This might not be a great way of doing what I'm asking for but I hope you can see how something like this could be really useful.

To tie in with the other Idea of saving the notes you selected from the piano roll for the step sequence. Can you guys just make me my own program instead? I'm asking a lot already..
I'm kidding but now that I've said that, beatcraft 2! Guys it was so good. Add midi and stuff and make some more money!

That's all for now. I battered this all into my keyboard with passion and now can't be bothered to proof read.
If you made it this far through my post, you had as little to do as I did today. *High 5*
Top

Beatcraft had no MIDI support whatsoever, it was purely an audio application. Mixcraft 7 has the step editor, which can be used to create beats in a fashion similar to Beatcraft, but I see what you're saying about being able to choose patterns from a list. Thanks for the suggestions!

Mixcraft 8 will be released ?

We hope to have Mixcraft 8 finished within a year. It's coming along nicely. We're not ready to announce the new features, but there'll be a bunch of new features, including things like native sidechaining and VST3 support.
Mixcraft - The Musician's DAW
Give it a try here: http://acoustica.com/mixcraft/
Check out our Mixcraft University video tutorials.
Top

Yeaaah Mixcraft 8 will be perfect. It doesn't lack a lot of essential things to the 7 (native sidechaining indeed, better zoom, grouping faders etc...).
I'm really looking forward to it.
Whereas I usually thinks the update of DAW are useless (Pro Tools became more and more instable and shitty), I do think Mixcraft always have very usefull updates.
When you look at my first Mixcraft, Mixcraft 4 and now the Mixcraft 7 Pro Studio. That's an improvement !!!

Could there possibly be support for 144hz monitors? I know it may not seem like much, but working in FL is much more pleasing to the eye when it comes to frame rates. Just a thought!

I would like to see instead of a library but add folders (not import) you can access sounds from other drives. I have separate folders/drive for loops and midis. This is the only DAW out there without a media browser unless I'm missing something.
Top

You are clearly missing something. No one does that unless they use Mixcraft. You can't audition files that way.

Inside Live you add folders to it's browser. Same with Reason, Reaper, FL Studio, Studio One, Sonar, ect. I could post pictures if necessary. It's a deal breaker that doesn't put it in the same league as those listed above.
Top

If I right click on a track and select Add sound file, I can preview (audition) it. 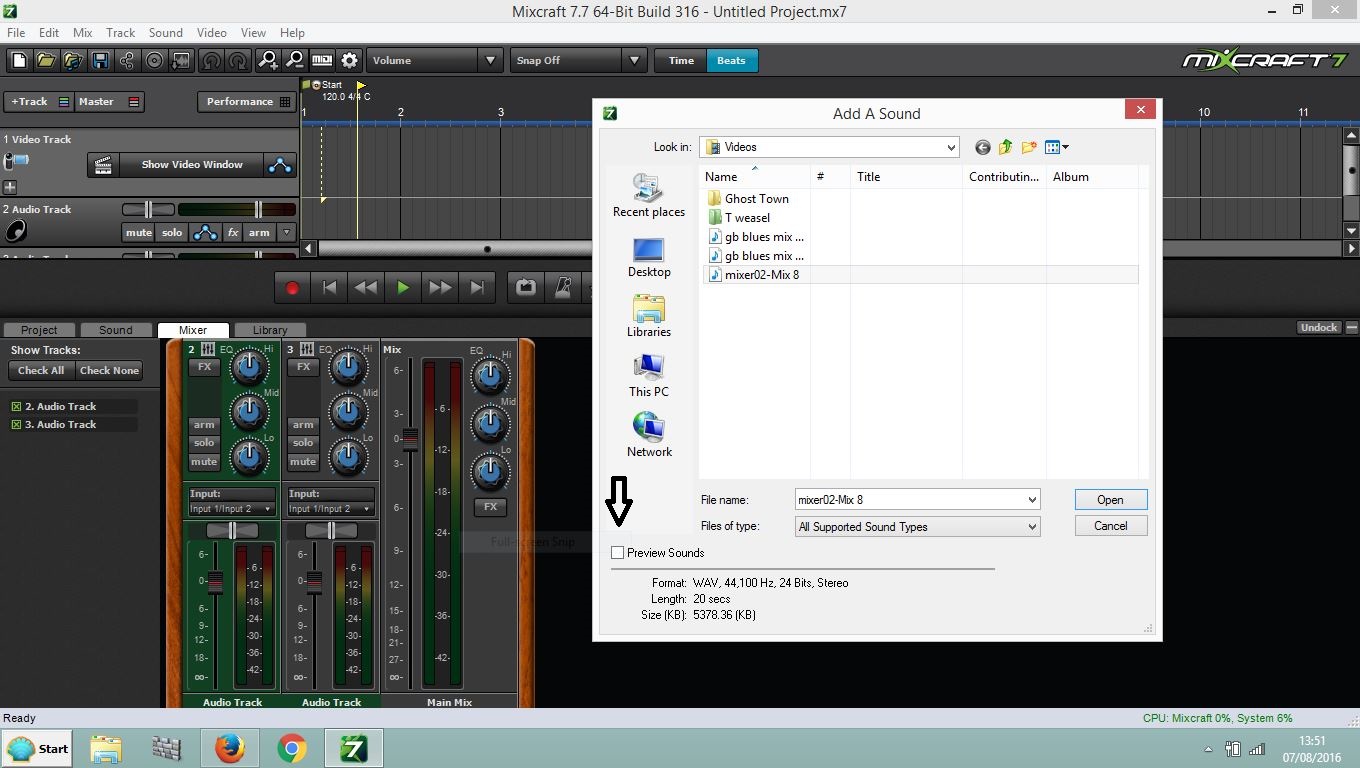 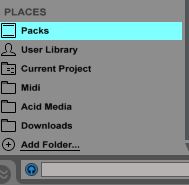 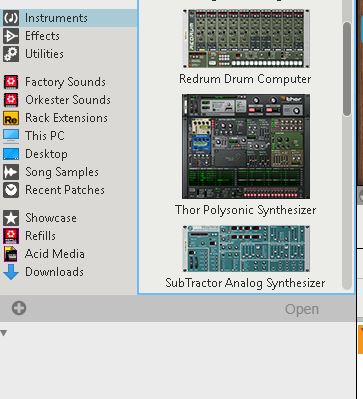 As you can see the above DAWs are a click and access to media. Mixcraft fails there. It reminds me of Garage Band. I could have posted more screenshots of DAWs I have. I bought Mixcraft yesterday and I really love how it works. It's very impressive and underrated but this proprietary library really holds it back. That may be fine for a single drive laptop but for people who have samples across multiple drives that is nothing but a burden.
Top

I can see where a simple utilitarian browser approach would be an improvement over the existing library arrangement, for a segment of users.

But then wouldn't there still be the burden of deciding which of our collection of DAW's to use?