I have an Alesis DM10 mkII going into the PC. Obviously I have a limitation on the midi instruments that the Alesis module can handle, and it is maxed out. Is there an out board midi/other device that I can add some cymbals to and route into the PC without having to get crazy with mapping?
Sweetwater Creation Station 450 (64GB RAM, 500GB SSD, 3 2TB HDDs, Windows 10 Home 64-bit), MX8, Studio One 4 Pro, Focusrite Clarett 2 Pre
Top

Look for a used midi K.I.T.I PRO by KAT.
It allows 9 trigger inputs + 1 Hi-hat foot controller.
I have 4 of them. No sounds, it is strictly a 9 Trigger to MIDI interface so you are using internal sounds. 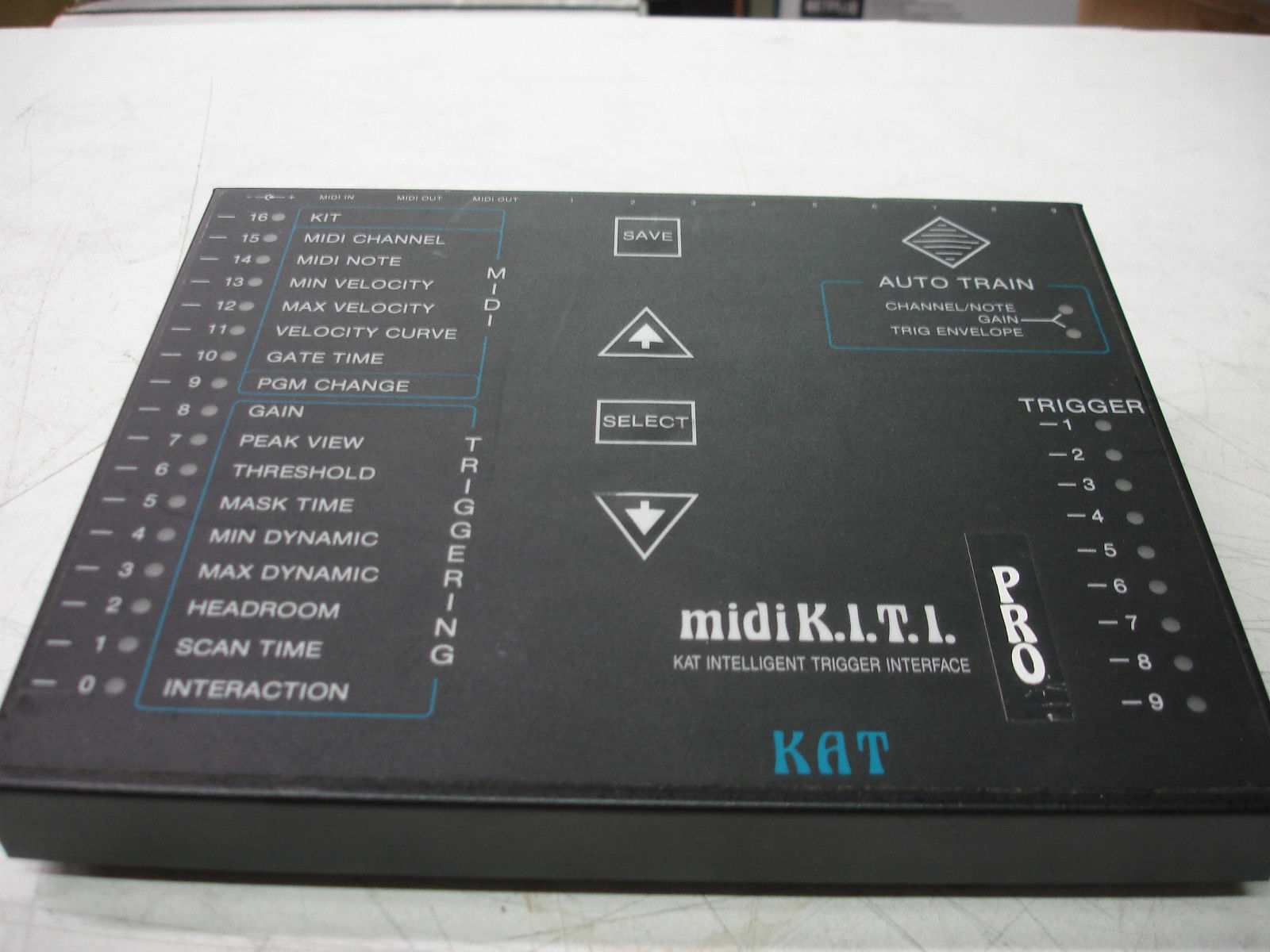 Being a drummer, I have all sorts of this stuff:

I trigger my drums live, so for me using a MIDI kit for recording made perfect sense. Most drummers are "MIDiots" - they know nothing about MIDI and are totally afraid of Electronics. Half of the keyboard players I know don't even venture into the land of MIDI. These guys are totally missing out on all the things they could be doing.

Before this thing is all over, I intend to be controlling a lighting rig from my drums via MIDI as well.

I wanted a keys player for my band, but couldn't find one, so I'm programming everything, and since I am putting the band together, and own most of the gear, I am going to pay myself double for being the drummer AND the keyboard player.
The guitarist is going to use a set of "Moog Pedals" that I'm building, so he might get something extra for his footwork. LOL


But the "midi K.I.T.I. - PRO" is ideal. In fact, what I would do is use the Kat for the drums, and remap whatever unit you already have for the cymbals. Or the other way around, but I suspect the Kat is a better interface.

Pop two of them together and you've got 18 trigger inputs, with a pair of high-hat inputs, and you can use a Y cable to connect a hi-hat foot controller to both units so you control opening/closing both sets of hi-hats at once.

Somebody told me the original "midi K.I.T.I." can be modified to add the footpedal Jack (which is what KAT did.) But I'd rather just buy the "Midi K.I.T.I. Pro" versions to begin with.
Top
Post Reply
2 posts • Page 1 of 1