Use this topic to discuss VST and DirectX plugins for Mixcraft, Spin It Again or Beatcraft.

Anyone download and test drive Voltage Nucleus from Cherry Audio yet?

Actually experimenting and its an interesting piece of work. Browsing the presets, moving some stuff around, Adding some modules. One could kill a lot of time messing with it.....

I don't know if its something I would actually ever use, but as I have said many times.... I'm just not a "synth guy"
For those that are into tweaking the things, this is a cool one IMO. Perhaps the "ultimate in flexibility"?

Clearly a lot of time was put into its creation!
Stay in tune, Mark

Thanks Mark, I'm not much of a synth guy yet either, but Voltage Nucleus has captured my interest as I think this is going to be the future of synth... It looks like it could be endless for creating sounds. The main reason I haven't downloaded it yet is because I'm not a big fan of trail software and I don't know if after Sept 15 it expires. I sent Eric and Greg PM's asking, and if it doesn't expire after Sept 15 I'm going to download it. Anyway thanks again.

No, Nucleus won’t expire if you get it free during this promotion.

Mark, you can also use Voltage Modular as an effect on, say, guitars.

EDIT: Never mind... I found some tutorial videos on YouTube.

WOW... Holy cow. This thing is amazing... I'm going to be messing around with this for many, many hours figuring it out... It seem capable of creating just about any type of sound, lol.

FWIW: hmm, I think that's a good nag/reminder to have... So when we like something we created we don't forget to save it.

... But the cost could/would add up fast. 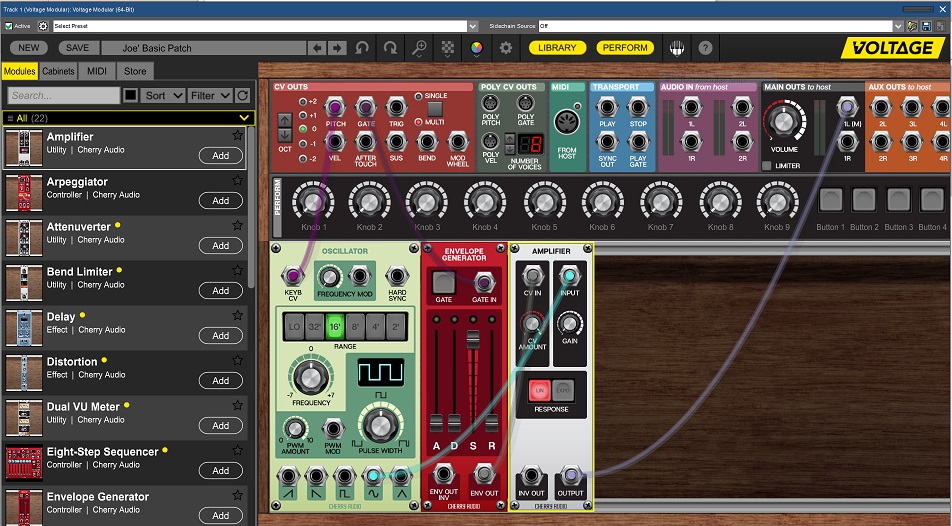 jlouvar wrote:I think this is going to be the future of synth...

Well, in a way- as in history repeating itself anyway!


jlouvar wrote:It looks like it could be endless for creating sounds.

It certainly does have an endless element to it doesnt it!

jlouvar wrote:The main reason I haven't downloaded it yet is because I'm not a big fan of trail software

Well it is trail software IMO, as in "rabbit trail"

but no its not trial software. Its bait software......

... But the cost could/would add up fast.

And there it is!

Yeah I had some issues too. As described in another thread. But thats all straightened out now.
Dont overlook the informative content in the forum at Cherryaudio.com Joe


Acoustica Greg wrote:Mark, you can also use Voltage Modular as an effect on, say, guitars.

Yep. If I get much use out of it I would suspect it will be based on mangling audio routed through modules. Will be experimenting.
Thanks!

FWIW: hmm, I think that's a good nag/reminder to have... So when we like something we created we don't forget to save it.

It would be fine in some situations I guess. But Every. Time. I. Make. A. Minor. Change. While exploring the software gets really annoying fast!
I still havent found a way to turn it off. Expect a feature request over at Cherry Audio is incoming!

And I've spent over 5 hours messing with it already and recorded nothing yet, lol.

But I must say, Voltage Nucleus is also a fantastic synth educational tool too. 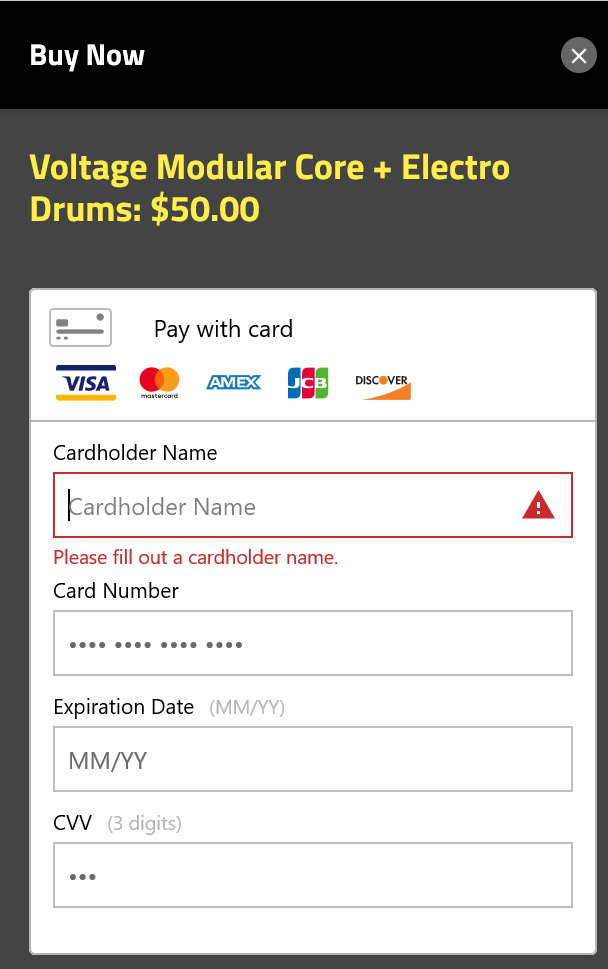 Did you report it to Cherry Audio support?